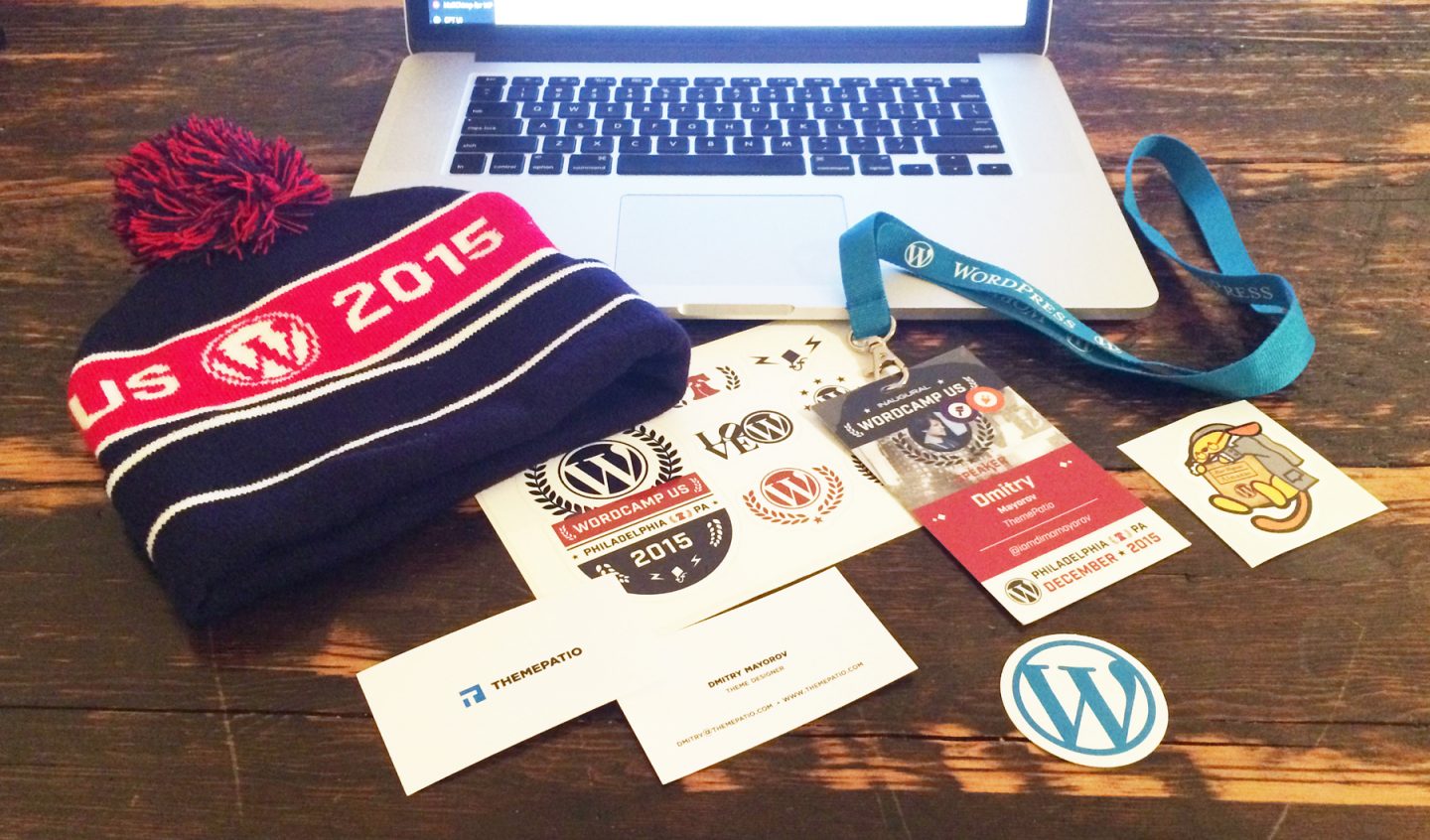 I am now in New York, heading back to Moscow tomorrow after a super awesome few days of WordCamp US that took place in Philly. It was the biggest gathering of people who share the same love for the best CMS in the world that I had a chance to be a part of.

Organizers did a great job. I can only imagine what it takes to coordinate such an event. There were 3 tracks of 80 speakers and several thousands of attendees!

Attending WordCamps is a great way to improve professionally, as you meet your old friends, make new ones, share your ideas and get a lot of feedback from people who are involved in the same business you are. For me, it was a great way to fine-tune the strategy I’ve chosen for ThemePatio.

I was super excited that my proposal for a talk on typography rules that I gave earlier this year in Moscow was accepted, and I had a chance to present it at the biggest WordCamp yet.

I admit that I was extremely nervous because this was the first time I gave a talk at a WordCamp in English, which is my second language but I like to believe it went well. We’ll see when the video is out. For now you can check out the slides here.

I can’t wait to see the recordings of the other talks! This is one of the hardest things about attending WordCamps. You can’t watch all the talks and chat with the fellow WordPressers at the same time.

WordCamp US 2016 will be held at the same place almost at the same time, and tickets are on sale now! So if by any chance you’ve missed WordCamp US this year, go grab yourself a ticket right now, because it’s totally worth it!