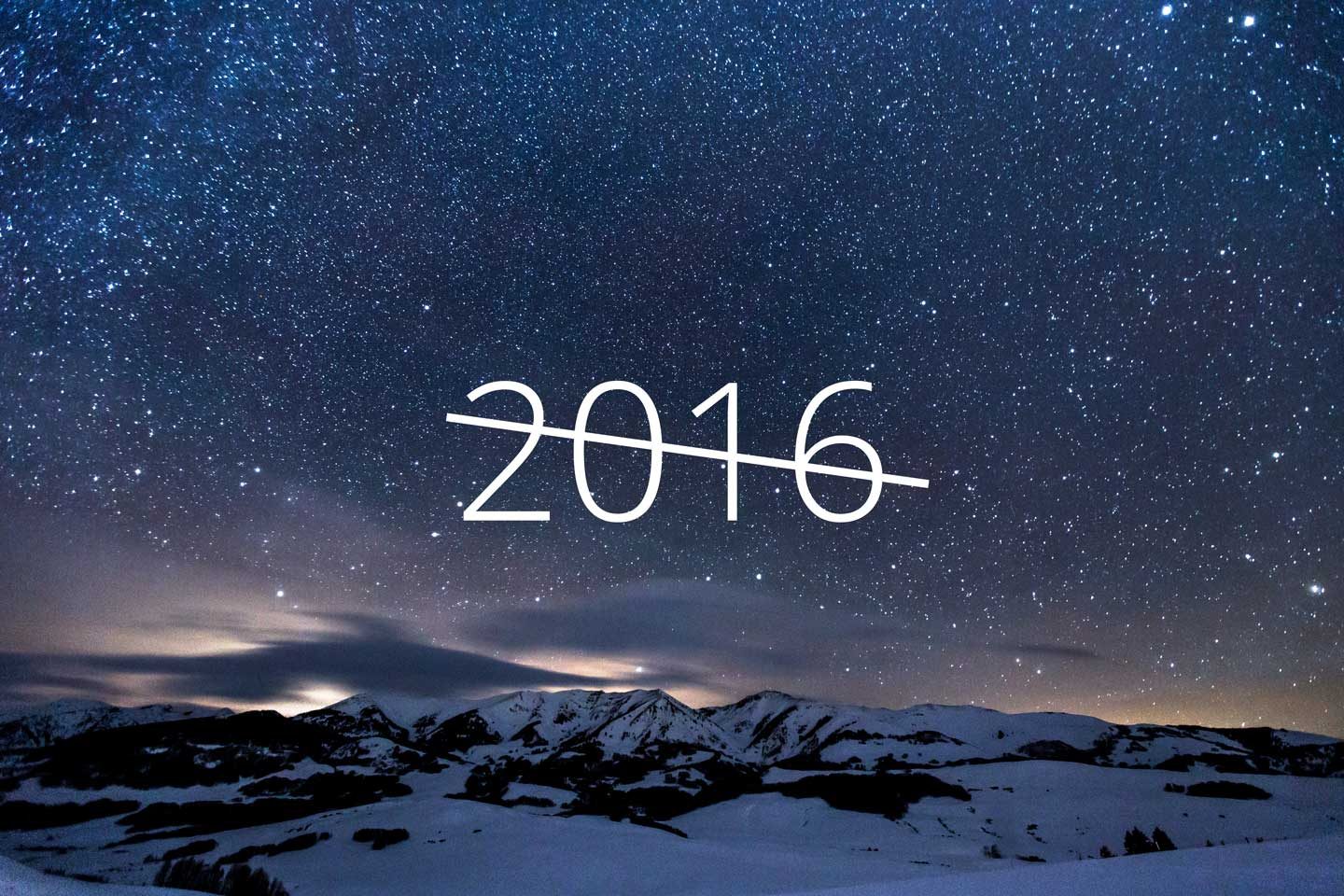 As this year is coming to an end, it’s time to look back at what’s happened and think about the next year.

So In this post, I want to do exactly that and also share the roadmap for 2017 and beyond. Not the resolution, because they don’t seem to work that well, even if you put in all your energy and effort. More on that later, read on.

I can safely say that 2016 became a year of learning for me. On so many levels that I couldn’t even imagine in 2015.

It all started at WordCamp US 2015 when Matt gave us the assignment to learn JavaScript deeply. It seemed like a reasonable thing to do so I decided to take it seriously.

I decided that to become deeply good at JavaScript I need to start with the basics, even though I knew quite a bit already. That’s why I started with JavaScript: The Definitive Guide by David Flanagan.

It took me a while to complete this book because it is, well, a definitive guide. But I don’t regret putting in the time to read it because It does give you a deep understanding of the language.

Now when I have a question or not sure about something, chances are that I still remember that there was a chapter in this book that explained that thing in detail.

Another great thing that I totally don’t regret is enrolling in Zac Gordon’s course on JavaScript. I was surprised with the way he explained things that I read about in a book, that took me some time to understand. Zac is totally a great teacher, so if you are at the beginning of your JavaScript journey, this is a great place to start.

I would also like to mention LearnCode.academy—a great YouTube channel on web development. Check out the Modular JavaScript playlist. Once you watch it, your life won’t be the same again. Especially if you do a lot of JQuery.

I was lucky to be approved to speak at WordCamp London. This came as a great excuse to travel to the UK in April, approximately 20 years after I visited it the first time as a kid with my parents.

Next WordCamp was WordCamp Moscow, that we co-organized with Konstantin. This was totally an exciting challenge for me. Both physically and emotionally, but I’m pretty sure we did a pretty good job, according to the survey. Surely there are a lot of things we’ll improve next year, but overall it was a success.

Another WordCamp that I attended was WordCamp US in Philadelphia. I’ve posted an article about it earlier this month. In short, it was a blast.

I soft-launched ThemePatio late 2015 with just one theme and continued to work on it through the course of the year. After I read Rework in the beginning of 2016, It became clear to me that I have to be very agile and push small improvements to my themes and website as regularly as possible. This keeps the momentum and helps me feel that I’m moving forward with my project.

Maker was updated 20 times this year. ThemePatio.com went through a number of changes and I continue to work on it.

I also launched Counter, a theme for small businesses, and a new blogging theme is coming soon, so stay tuned.

2016 also became a year of running. I ran a half-marathon(twice). The second time was right the next morning after the WordCamp Moscow. I finished at 1:34:10 which is a pretty decent time, taking into account 1:45:01 at the previous race. I think this has a lot to do with the success of the WordCamp and my mental state at that time.

Things I (Kind of) Failed to Achieve

Not everything went smoothly though, so here’s three things I haven’t done this year but initially wanted to.

Build a WooCommerce theme. I wanted to build a theme with WooCommerce support but it is still in a rare design stage. I’m really excited about WooCommerce as I completed a couple of eCommerce projects for my clients and really loved it. So this is also something I’ll try to accomplish in 2017.

Learn Spanish. Another goal was to learn Spanish to a level where I can watch movies in Spanish with Spanish subtitles. I’m not there yet. It is going slower than I thought.

I use Babbel (don’t confuse it with the JavaScript Babel) for studying. And It was pretty easy at the beginning, I rushed through the first three courses, but then lessons started to take much more time and WordCamp Moscow was approaching quickly so I started to skip lessons and lost the momentum.

2017 is obviously a great chance to restart my learning again.

One important thing that I realized this year is that new year resolutions don’t work. Simply because you can’t plan so far in the future. I haven’t fully achieved any of the goals I set last December. Was I lazy? Honestly, no. Did I give my projects all I had? Absolutely, but it wasn’t enough. The thing is that when I look at those goals I don’t think they are worth achieving anymore. Moreover, I did achieve something that I’m very proud of, that’s not on the list!

The world is changing so fast that you can’t be sure what’s going to happen even next month. That’s why you have to be agile and adjust your goals accordingly. That’s why I’m not going to write a resolution this year. And that’s why I’ll keep my newly-picked habit of writing a weekly plan and a weekly review instead.

Said that, I still want to point out that it is important to keep a greater picture in mind. Those weekly plans have to be a part of the bigger plan. For me, this picture is helping more people have awesome websites that will make their life easier and help them achieve their goals, be that getting a job, acquiring a new client, or running a barbershop.

This goal isn’t a destination, it is a journey that includes staying healthy, learning new skills, and being helpful to others around you.

This goal will still be valid in the next December.

This goal is something I will review and build plan upon on weekly basis.

Comments are closed.
Heads up! This is an archived website I decided to keep for history. Head on to a new one →